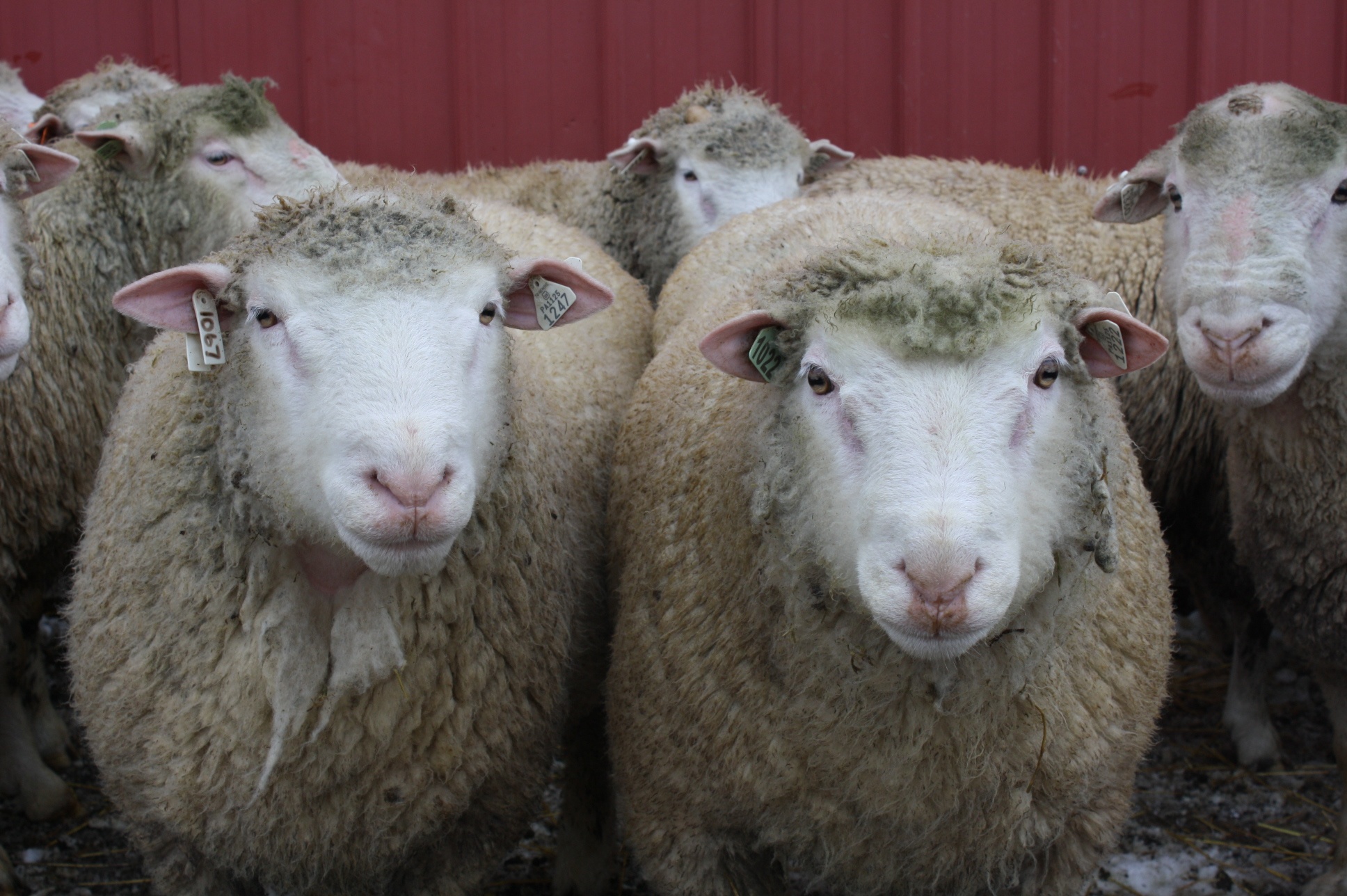 Buying a ram for your ewe flock is an important economic decision. If this new ram is to be the only sire used in your flock, he is 50% of the genetics of your next generation. A good ram (with proven performance) can make significant genetic improvement in your flock in a short period, while a poor ram can do a lot of genetic damage in one generation.

"If you don't measure it, you can't manage it."

Truer words were never spoken when it comes to genetic improvement. Rams with performance records (such as NSIP) are a surer bet than buying a ram from a breeder who states 'the dam is the best ewe in my flock'. Just what does that mean, anyway?

If a breeder can show you numbers that this ram will increase weaning weights by 'x' pounds, or improve maternal or carcass traits, through the use of objective performance recording, you have a better idea of what is 'under the hood' of that ram.....after all, if you buy a car, do you just purchase it based on looks in the sales lot? No, you ask about performance- odometer reading, horsepower, fuel mileage, etc. The same should be true of the rams you purchase. Buying a ram simply on 'looks', pedigree or raw growth data (not adjusted for environmental factors) doesn't tell you much about how he will perform in your flock.

A comment I often hear from buyers is "I can't afford to spend more than $200 for a ram."

I'm not sure how this number was obtained, but it's a common comment. Let's work through an example with two rams- Ram A and Ram B.

Comes from a flock using a performance recording program. His EBV (expected breeding value) for weaning weight is 4.0, meaning that this ram will wean offspring that are an average of 2 kg (since only 1/2 of the ram's genetics are transmitted to his offspring, you need to divide EBVs by 2) or 4.4 lb. (2 kg * 2.2 lb/kg) heavier.

Then say that you sell weanling lambs for $1.50/ lb at auction (this is actually quite conservative for our Eastern ethnic markets). You have an additional 200 lb. * $1.50/lb = $330 additional income for neglible input, in just one lamb crop.

Ram B comes from a flock that says 'dam is my best ewe'. Breeder may have some actual weights on the animals, but no adjusted weights or EBVs that account for environment (including feed management, sex of lamb, litter size, age of dam, etc).

He's the biggest ram in the bunch, so he has to produce fast-growing lambs, right?

Then let's say that  Ram B's lambs wean 4.4 lb. LESS than the previous flock average. If we continue with the 50 lambs, that's 220 lb. LESS lamb you are sending to market.

Was the $200 ram really a deal? Let's further assess the economics of buying Ram A.

If you use Ram A for 2 years (typical for many flocks), that ram could produce an additional $660 income from 50 ewes in 2 years. 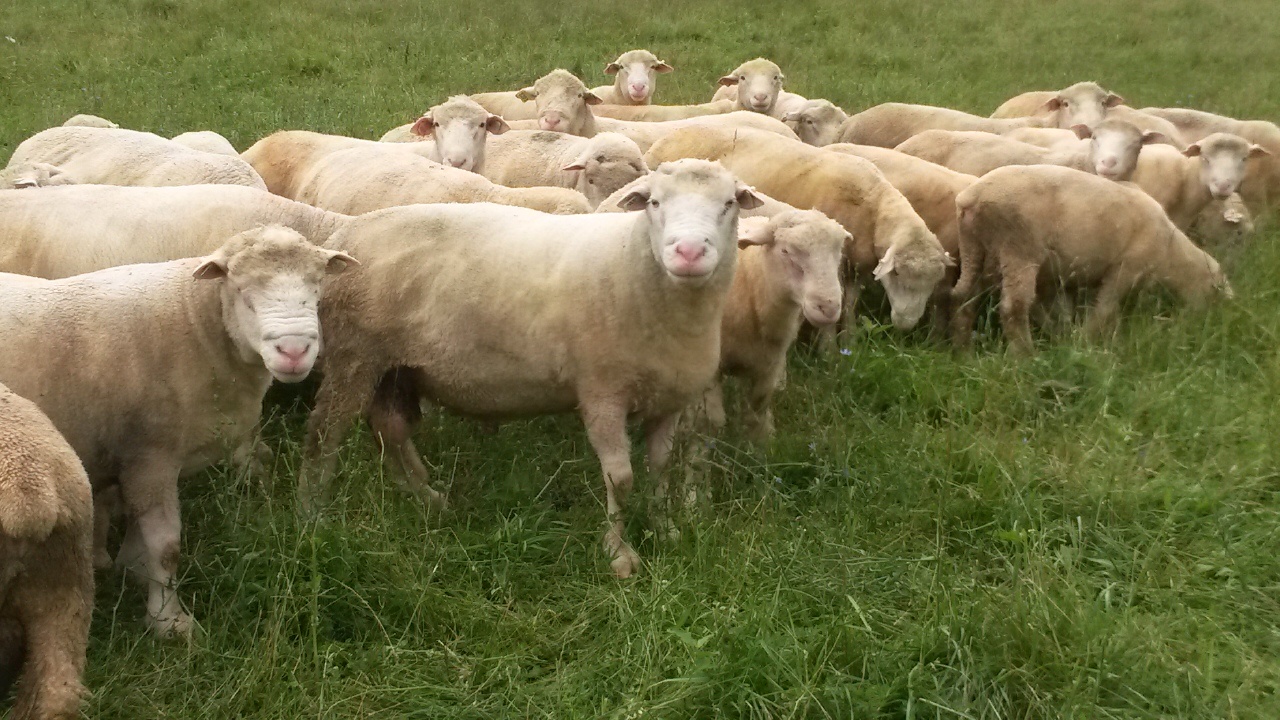 There are other things to factor: if you retain replacement ewe lambs from this ram, they will also have that additional growth that they will transmit to their offspring (albeit slightly diluted if mixed with homegrown blood).

There are also maternal traits to consider: MWWT (maternal weaning weight) is an indication of the ewe's milking ability- if the purchased ram has as a strong MWWT EBV, his daughters will milk heavier, resulting in heavier lambs. An increase in NLW (number of lambs weaned) results in a greater number of lambs weaned from the purchased ram's daughters.

It's difficult to put hard economic values on the reproductive traits, but we all know that they are very crucial to impacting the profitability of the farm.

While Ram A may have seen more expensive at the forefront (especially when tempted to buy Ram B for 1/3 the price), in the end Ram A was a bargain!

Why is it the dairy, beef, and swine industries buy and sell animals based on EBVs, yet the sheep industry still relies almost solely on physical traits?

In these times of high fuel and feed prices, we need to increase the efficiency and productivity of our animals so we can rely less and less on these skyrocketing inputs. 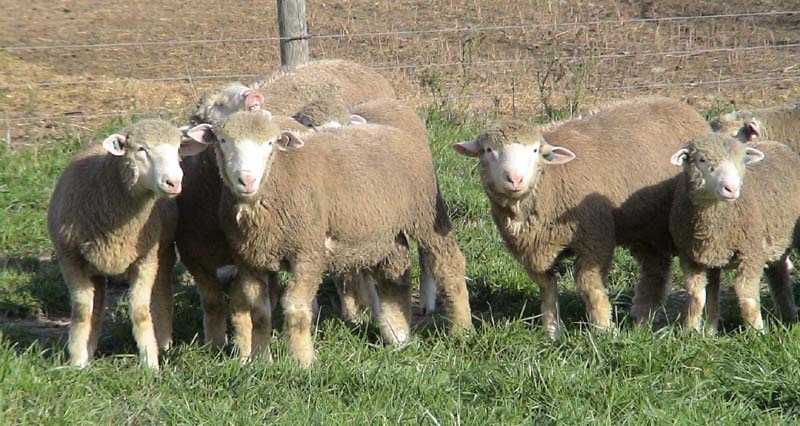 1. DO YOUR HOMEWORK!  Don't be afraid to ask questions of the breeder of the ram. If they don't want to answer your questions, move on to someone else.

2. Don't select on just one 'tool' alone. By that I mean, don't just select on what you see in paper (EBVs, raw weights), or what you see in the barn (physically), or on pedigree. All these 'tools' are needed, as well as a few others, to select the ram that will make the most genetic improvement in your flock.

3.  Don't buy your stud ram (or any breeding sheep, for that matter) at the local auction yard!  While a 'nice-looking' ram may come through the local auction, and you may be tempted because he's 'cheap', he's probably there for a reason- perhaps he is just old, but perhaps he passed a genetic problem to his offspring, or he even may be sterile. Or, even worse, he was culled due to some health issue that could be transmitted to your flock...those diseases come for 'free' when you purchase that animal at auction.

4. Ask if there is any type of follow-up or guarantee. Any seedstock breeder worth their salt will be willing to work with you should there be a problem that can be attributed directly to the ram. After all, we don't get to 'prove' every animal we sell, and the genetic roulette wheel does occasionally throw us a curve ball.

Bottom line: Don't skimp on the biggest investment in your next lamb crop, whether it be for market lambs or replacement ewe lambs.  This doesn't mean buy the most expensive ram on the market...rather, purchase a high-producing ram with solid records that will improve your lambs, and ultimately, your profitability.